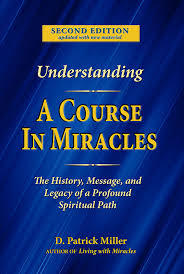 The Course in Miracles defines a Miracle as a ‘shift in perception‘. I recently experienced a miracle in my life as I was doing some healing work on myself. My intention for the past year and continuing through 2014 is to manifest a state of ideal health. I had a serious wake-up call last year with the tumor I developed in my spinal cord. I could have ended up paraplegic.

I knew surgery was the best option but I also had to deal with the thought of, “what if the doctor slipped during surgery and I ended up paralyzed anyhow?” It was pretty intense. Fortunately, surgery went off without a hitch. (I have always attracted excellent surgeons.) It’s a long road to recovery, but there have been many miracles along the way.

The Course in Miracles also says, “All thought creates form on some level.” I realized that I created the tumor because for years I bought into feeling unloved by my mother due to neglect I experienced in childhood. I thought I had forgiven my mother, but apparently I hadn’t. Sometimes we think we forgive, when in reality all we do is stuff our feelings and our bodies cannot help but manifest that energy somewhere, and often it manifests some form of illness.

I experienced debilitating symptoms with respect to the tumor when driving to see my family for Thanksgiving 2012. (Although I didn’t know at that time what was wrong with me.) For seven days after returning home, I proceeded to implement the Forgiveness Diet with a specific focus on forgiving my mom, and it worked! By Christmas that same year, just a few short weeks later, my mom gave me everything I had been hoping for as a kid. Most of which was her time.

My sister and I had planned a surprise 70th birthday ucdm party for our mom, whose birthday was the week after Christmas. Mom spent two days with us at my aunt’s house, and she didn’t worry about what her man thought. In fact he encouraged her to spend time with us. She also took the entire week off from work, which was huge! My biggest complaints about my childhood were that my mom seemed to put work and time with her husband (my step dad who’s now deceased) before my sister and I, which made me feel as though I wasn’t important to my mom, and that seriously affected my self-esteem and feelings of self-worth.

You see, my mom had recently reunited with her high school sweetheart after 50 years. Their break up in the sixties was the wound my mom needed to heal from all this time. They were in college (mom a freshman and Rog a senior), and my grandparents approached Roger and asked him to stop seeing my mom because they were afraid she wouldn’t finish college, because Mom and Rog had been talking about getting married.

In those days, it was important to respect your elders, and Roger submitted to their request even though he was heartbroken. The hard part was he didn’t tell my mom – he just disappeared out of her life. My mom was devastated because she had no idea her parents had this conversation with him. The irony is she dropped out of college anyhow.

As a result of being wounded at that age, she essentially stunted her emotional growth and parented us as a nineteen year old girl would. Going out to the bar with my stepdad was her priority as it would have been with any nineteen year-old, even though my mom was in her thirties at the time she neglected us.